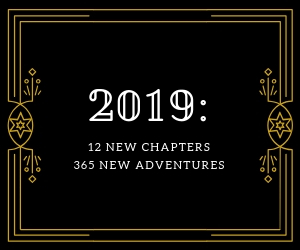 I’ve started and given up on plenty of starts to this blog. Each was sounding as dumb as the last. It’s creation and subsequent purchasing of the domain was a spur of the moment thing. Sometimes I have a problem with spending money when I really shouldn’t. Oops.

The original concept for the blog was going to be travel. Hence “Sarah on the Go.” However, being that 1. I don’t have extra money to travel and 2. I felt there wasn’t anything of interest in my current immediate area. I know I’m wrong about number 2. Partially.

I’m currently in the foothills of the Appalachian mountains in a West Virginia town on the Ohio River. Kentucky is just a stone’s throw away, and I can see Ohio from my house. (No, really, I look out my bedroom window, and I can see Ohio across the river.) The town I live in has made international news for its drug epidemic (there was even a Netflix documentary about it), and it’s known nationally as being the fattest city in America. I’m more than ready to get out of here.

Luckily, we’re finally almost out. Less than 30 days in fact. In theory, of course. There is still a LOT that needs to be done (like finding an apartment to live and packing up all our crap.) We’re heading out west. Arizona to be precise. “Why Arizona? That place probably sucks too.” I’m sure it does, but honestly, what place isn’t going to suck? I’m also sick of winter.

I plan to document the move, our adventures after, and everything in between.

The act of moving is such a mix of emotions. On the one hand, the thought of excitement initially shows up. It’s an adventure; you’re going somewhere new. Then there is the dread. The stress of packing everything. PAYING for the everything and not to mention finding a place that will be big enough for my husband, me, and our two cats. (And a place big enough for all my books).

Come back to see what I get into next!